Are you having a struggle in choosing the best sippy cups for your little angel? Have been scrolling on the internet all day and still can not decide which one is the most suitable for your baby? No need to worry anymore, our group of experts has been working and testing  to give you the most accurate review and guide on choosing the best sippy cups.

Why is sippy cup a must-have item for toddlers?

According to American Academy of Pediatrics, parents should teach their little one to use a bottle or open cup between the age of 6 to 9 months old. However, in the first period of getting acquainted with the open cup, drinking water can get a little messy. To avoid this annoyance, sippy cups are recommended to use until you feel like your baby can manage an open cup by him/herself. Sippy cups, which are also known as spill proof cups, contain a lid that can minimize “wet” accidents as well as leaking problems when your baby tossing it around (we all know how babies like to throw things!)

This kind of cup contains a soft plastic spout which will be sucked by the baby to drink the liquid in the bottle. It works like a nipple and is usually combined with the lid. It is good for younger babies but not great for chewers.

Unlike soft spout, the hard spout cup has a bite-resistant and raised spout for easy drinking. It is best used for preschoolers and toddlers but quite hard to use for younger babies.

This type contains a silicone straw instead of a spout so your baby can easily drink liquid from the bottle by sucking. If your baby refuses to use a spout cup, this type can be an alternative choice.

The cup usually comes with a 360 degree drinking edge which eliminates spills completely and it can automatically seal when the baby stops drinking. The flat lid cup is more advanced than all of the above since it does not contain any spout or straw therefore its price is a little higher than other types. We recommend you the Munchkin Miracle 360 Sippy Cup featuring spillproof and BPA free plastic. 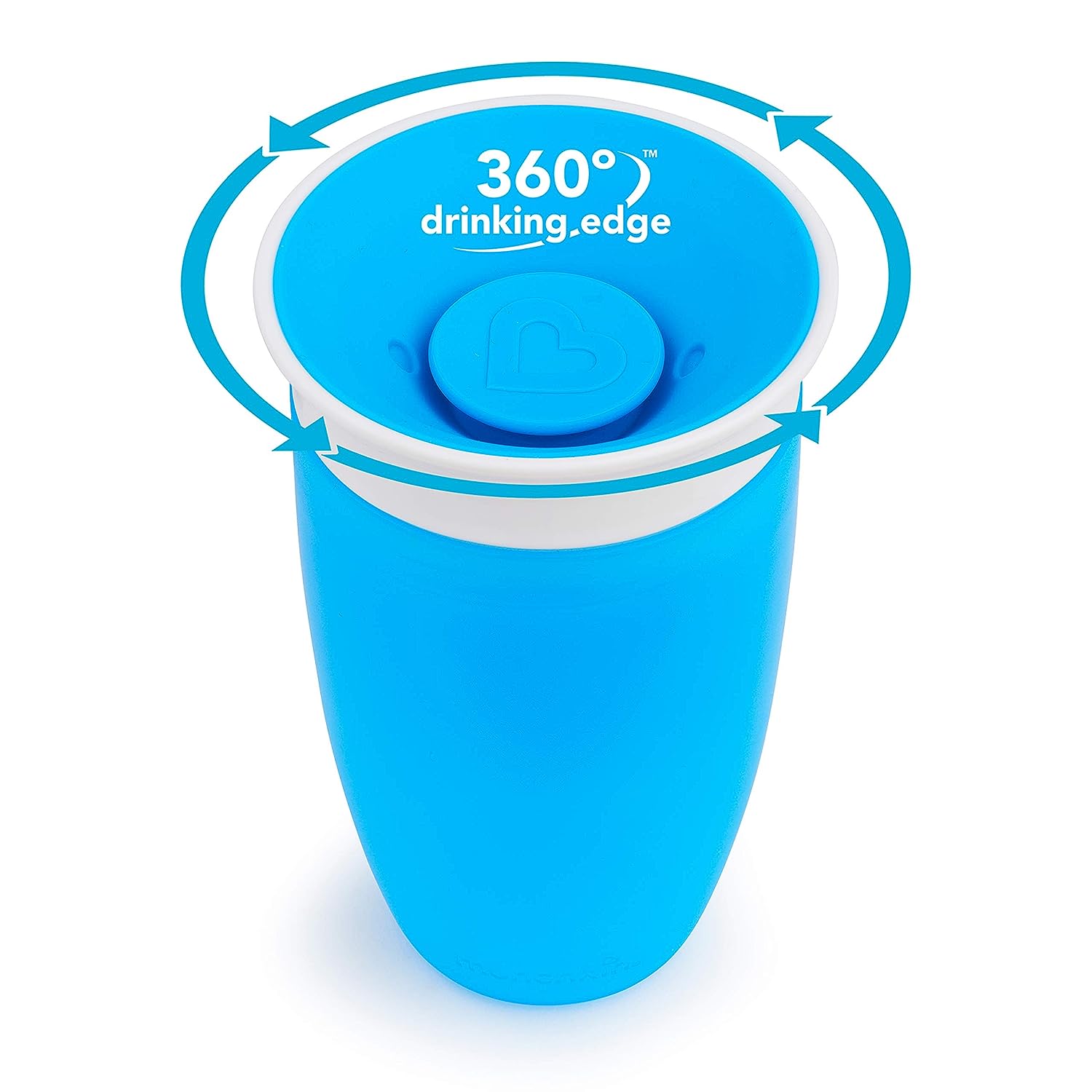 By testing each type of sippy cups with their babies, our experts have come up with three main criteria when choosing the best sippy cups.

There is a wide range of sippy cups with many different materials such as plastic, silicone, latex, stainless steel, glass, etc. Each material has its own pros and cons.

For example, cups made of plastic are lightweight and cheaper than others, however, many housewives are concerned about the toxicity of chemicals in plastic. To ensure the safety for your baby, you can choose products made of BPA-free plastic which is organic and less harmful to your little one.

Steel and glass are safe to choose if you are not comfortable with plastic. The downside of these materials is that they are quite heavy for your baby to hold on. Moreover, throwing stuff is most babies’ interest and glass is a fragile material so you should find items with unbreakable glass just to keep it intact.

You can check out our recommend for the best steel and glass cup below. 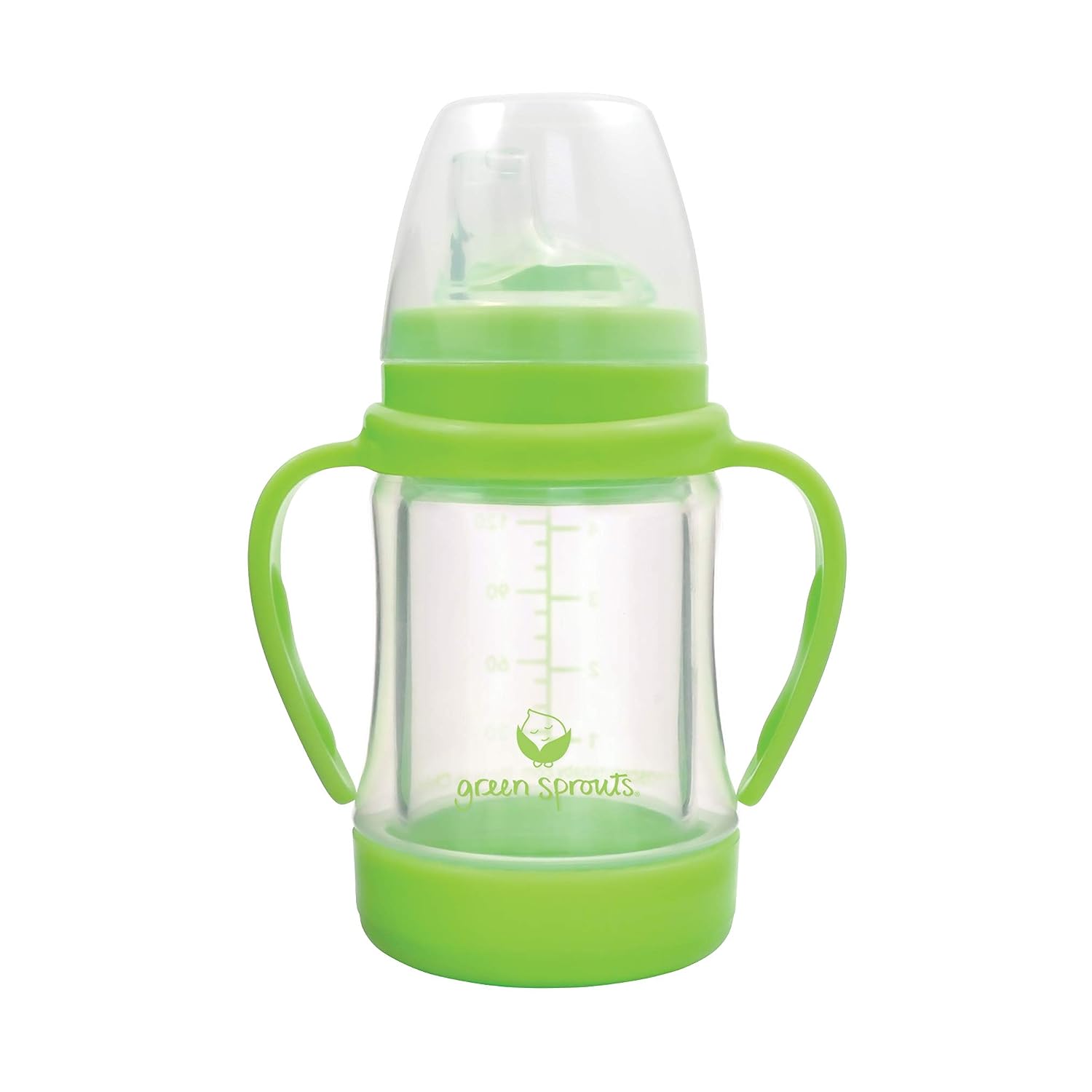 Last but not least, silicone is favored by babies since it is soft and spongy so it will not hurt their gum. The drawback of this kind is that they can be easily worn-out so you need to replace it more often.

Choosing a hard or soft spout is depending on your baby’s ages. Soft spout is usually used for younger babies but if your baby has shown interest in a normal cup already you can go for the hard spout.

Hard spout cup is best used for preschoolers and toddlers since it has a higher spout. You can choose a soft spout first for the couple months of transition period and when your baby gets used to it, switch to the hard spout.

You can refer to our recommend here with both hard and soft spout cup: 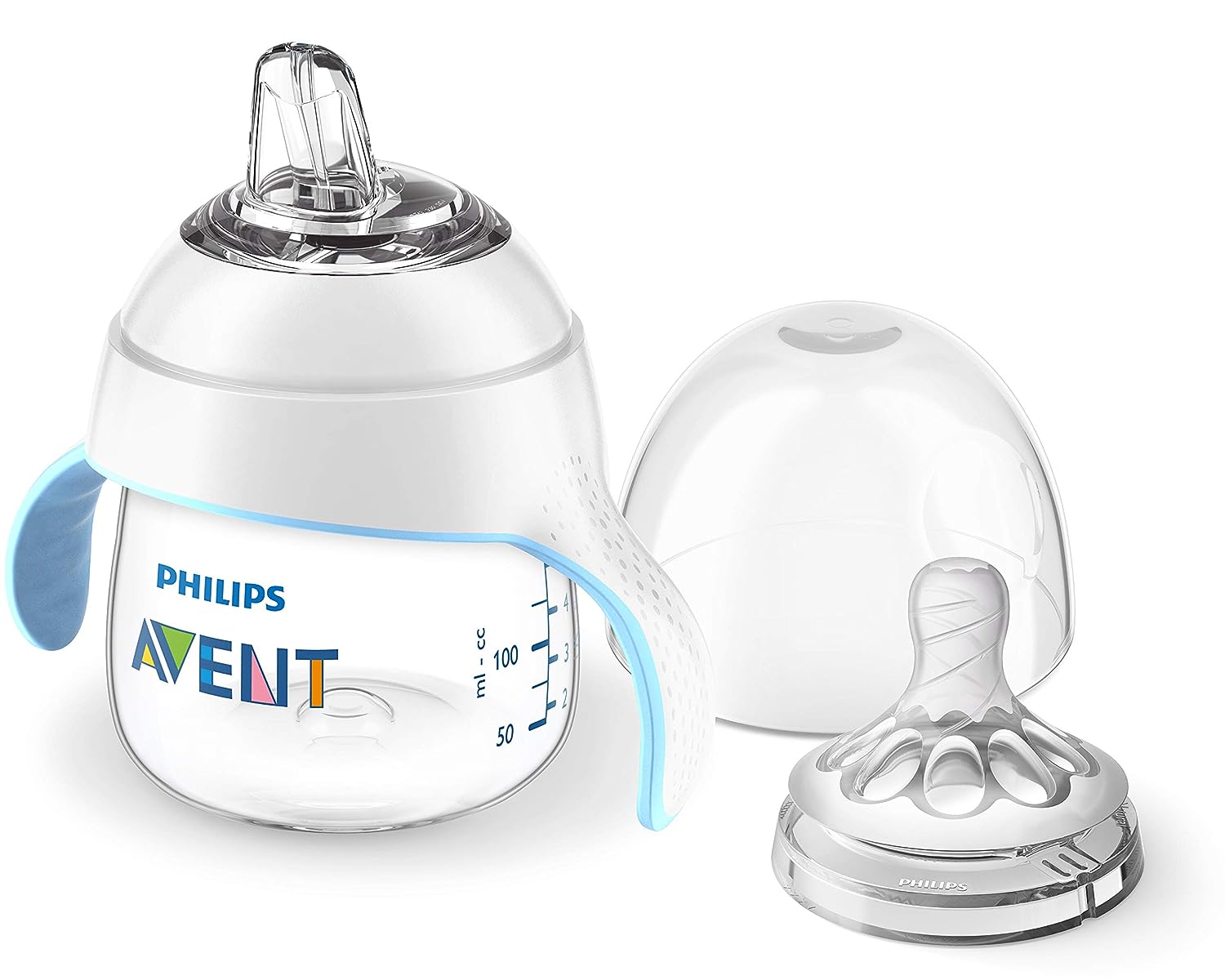 Leakproof sounds as convenient as it may seem, it can be annoying to the baby. Most leak proof sippy cups have a lid and when the baby wants to drink liquid in the bottle, they have to remove the lid first. However, with leak proof cups, parents will not have to worry about cleaning a mess every 5 minutes.

1. When should a baby use a sippy cup?

A sippy cup is used in the transition from normal bottle or breast feed to open cup. This period often happens when your child is between 6 to 9 months old. Usually, if your baby can sit up by themselves in a high chair, which means that their bones and teeth have developed enough to use a sippy cup.

2. Are sippy cups bad for babies?

Despite the fact that sippy cups are convenient, many dentists and health experts have stated that sippy cups can have a destructive influence on your baby for some reasons:

When your baby uses a sippy cup everyday, it creates a routine of swallowing and sucking movement (like an infant) so therefore, overuse of a sippy cup can prevent the development of proper lip, jaw and tongue of a mature swallowing pattern.

Secondly, overusing the sippy cup can make your baby gain weight unhealthily and cause tooth decay. Since the baby can carry it with him/her all day, drinking too many sweet drinks like milk will make the baby overweight and moreover, increase the risk of cavities.

Sippy cup can be easily cleaned by dishwasher or hand wash based on its material. You should follow the instruction of cleaning which comes with almost every sippy cup. If you have a microwave bottle sterilizer, it may come in handy when cleaning the sippy cup.

Sippy cups are versatile, portable and can prevent a mess when in the transition stage of your baby growth. It has become a product that is believed and beloved by many parents. In this last section, we will give you a short introduction of our list of best sippy cups on the market now.

First, the best 360-lid sippy cup goes to the Munchkin Miracle 360 Trainer Cup. This is a set of 2 toddler cups with dentist recommended spotless design, easy to clean, 360-lip that prevent leak or spill completely, the handle is easy to hold. It also can help your baby come closer to drinking by open-cup because of its drinking from the edge mechanism.

And if your baby is new to a sippy cup then the Philips Avent Natural Trainer Sippy Cup is the best choice. The package comes with a fast flow bottle nipple and a soft silicone spout so you can easily switch between those two to keep your baby getting used to the next stage of transition. One to keep in mind that this product does not have a leak proof lid and its capacity is quite small (4.96 ounces) so you may need to refill it more often.

We know that many housewives are anti-plastic, so we would like to present to you the Pura Kiki Stainless Steel Straw Bottle with silicone straw & sleeve. This product is plastic-free and NonToxic Certified. Moreover, its changeable top makes it a versatile product.

Besides those three products, we have listed the best sippy cups based on other criteria:

We hope that with this article, you can decide which sippy cup is the best suit for your baby. Don’t forget to follow us for more reviews and guides in the future.

Best baby playpens in May 2021

Best water tables for kids in May 2021